Skip to content
Three Ways to Change Attitudes About Race, 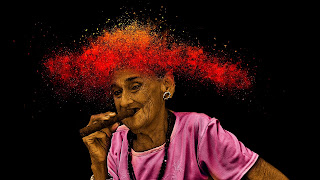 Awareness of racism increased as Black Lives Matter protests spread across the country last summer. In response, psychoanalysts suggest three ways to change attitudes about race — curiosity, courage, and building intimate relationships with others. Curiosity starts with self-education and self-reflection to better understand our beliefs as well as talking to others about ethnicity and racism. Courage is necessary to confront our own unacknowledged biases and recognize where some of them come from, including our upbringing or involvement in various groups, or from society at large. Finally, one of the most profound ways of changing attitudes about others is engaging in close relationships with people from other ethnicities. Building and maintaining relationships with individuals of differing backgrounds allows recognition of our common humanity and shared struggles. However, experts point out that being aware of, acknowledging, and changing deeply ingrained racist ways of thinking is difficult and takes time and effort.

The human mind resists change to protect our self-esteem from uncomfortable truths, and our minds unconsciously work diligently to avoid uncovering painful and distressing knowledge about ourselves. Even making a change we know will make us feel better, such as exercising more, can be hard to initiate and sustain.”Often, changes to how we think or do things require a shift in how we view ourselves, our needs, and our relationships,” says Deeba Ashraf, MD, member of the American Psychoanalytic Association (APsaA). “And changing attitudes about race can be especially hard because these attitudes are usually learned when we are very young.”Beverly J. Stoute, a child and adolescent psychoanalyst, and psychiatrist say children develop an awareness of and curiosity about racial differences early. “As children grow, parents, teachers, media representations, and interactions with different groups can either powerfully facilitate or thwart children’s openness to racial and ethnic differences,” said Dr. Stoute, also a member of APsaA.
There are many ways we try to protect ourselves from painful feelings or unwanted truths about our own beliefs. One way is by asserting that unpleasant truths are not real, otherwise known as denial. Another way is to imagine these “horrible truths” only exist in others and not in ourselves. This is called projection and it involves attributing qualities like laziness or criminality to a particular group; while overlooking how these traits might apply to ourselves, or those in our own group. Hence, “group identity,” also presents a challenge to changing attitudes about racism. Being part of a group can offer a sense of connection and protection, and in some cases, prestige.
Many group identity attitudes are passed on from generation to generation but are also part of ongoing relationships with others who share the same ideas. Trying to change an entrenched attitude can result in group members feeling threatened or fearing a loss of group membership, according to APsaA experts. Yet, when people can break through these unconscious ways of protecting their self-image, they may recognize the costs of racism and look at the loss and pain it inflicts on themselves and others. It may be possible to reevaluate one’s own ideas of what is healthy and growth-oriented. This process can be difficult, but managing the discomfort these efforts provoke can motivate a desire to change, psychoanalysts say.” I am reminded of a quote from James Baldwin, ‘People can cry much easier than they can change,” says Ebony Dennis, PsyD, clinical psychologist, and psychoanalyst who is also an APsaA member. “Changing attitudes about racism will take time and effort, and occasionally some hurt feelings. But it is through these growing pains that real, lasting change happens.”
http://feeds.feedburner.com/myblogguru/osjf