Words To Live By, 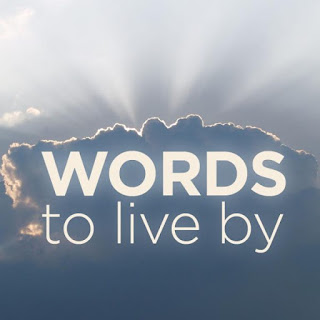 Watching the news one day, it dawned on me that people who had “sayings of life” often began to attack and kill others. I thought back to my angry youth when I could easily have used words to defend myself against violent thoughts that might have escalated into acts of violence. Names are tools, however, and they seem to be more dangerous than guns.

Imagine two men facing each other, facing each other. One identifies the coming storm, and the other with a blazing fire against them. Each sees his own truth and is angry at the sight of the other’s hand. Each feels that the other’s hand is “wrong.” This may seem silly, but return the storm and fire with any modern issues, and hands in words, and this scene explains how we often try to communicate.

We point to each other with our words, arguing as if we were looking at the same facts and experiences. We want to prove that our words are right, instead of learning to look at where other words are pointing. Words are deceptive, and with their undeniable usefulness, they can even lead us astray when we focus on them, making them more important than the truth they point to. 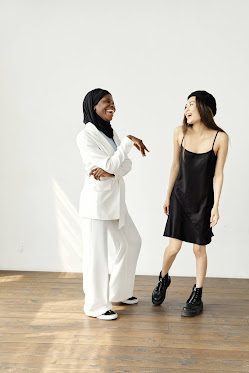 No Names to Live With

This is not just about contacting others. We focus too much and then get caught up in the net of words we use to describe the world for ourselves. We say things are “right” or “wrong” for example, depending on how they are compared to our “meanings.” Unlike mathematics, however, word formulas and definitions may not be so accurate. They cannot cover all the truth. For example, with a little effort, you can create a situation where “stealing” is wrong, and “helping” someone is wrong.

This is not an argument against the use of language or concept. It’s just that they both go so far. Like a car that takes you across the country or the world, they are useful, but like a car, they are only useful in certain ways, and you have to get out of them when you get to your various destinations. Taking a car to the lake is not a problem, but putting it in the pool. This is what we do when our words and thoughts put us in dangerous situations.

Could it be that having words to live by would be dangerous? Certainly. I once heard a sympathetic man in a different way say that he was against the cruel laws of animals because he could not find a group of logical words that could protect them. If he saw a new machine, would he refuse to believe it until he explained it to him? Truth and the truth of right and wrong exist without words – not words in themselves.

I watched a man say in the evening news that we have the right to install a nuclear bomb in Iraq, and that we should. As he explained why, he could see that whatever compassion he had, they were overly concerned with his complete fidelity to his words, to his mind, and to what this led him. It never occurred to him that there was any truth beyond his words and his mind.

It is good to have guidelines, such as “Do not lie,” or “We have the right to defend ourselves.” It is even better to remember that these laws will one day fail us, and we will have to make some new ones. Words are just tools. There are words to die for, but there are no words to live by.