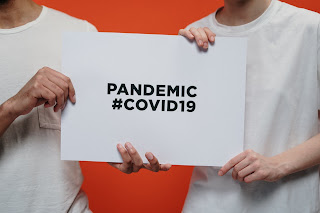 When first came to Corona, no one knew much about it, due to which all kinds of precautions were taken. It was often seen that in the first wave most of the upper age people were affected more, which led to the assumption that the younger class is not affected much, which results in us in the second wave. Most of the youth who live outside the house started to feel that if they affected only the elderly in the first wave, they would not have it. For this reason, in the second wave, both young and old people were affected and children too. Corona has nothing to do with age. It only depends on how many viruses have gone into the body which is called virus load. If the virus load is high then anyone can have a problem. Secondly, in the previous wave, in which we showed great care, even the lace of the second wave was not shown before the second wave, due to which the second wave is more deadly. Today when the lockdown was done, the cases did not reduce? This means that if we take the same precautions, the result will be the same. The thing is that the age of the virus mutant is not obeyed and happens to everyone. If one gets the right treatment in time or his disease resistance is good, then it will be less fatal for him. Therefore, everyone should take the same precautions as in the first wave. These are very simple 1. Mask, 2. Keep hands clean and 3. Keep your distance and do not get too close. Apart from this, exercise, take a good diet and try to be happy. Do not be tempted by anyone, who will affect the third wave. Let’s say everyone will